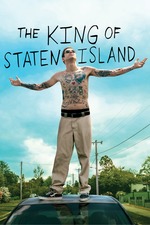 Judd Apatow’s work bears any number of personal signatures, but it boils down to the two things he loves most of all: Overlong movies about overgrown man-children, and helping commercially unproven comedians become huge stars by making films and HBO shows in which they embody lightly fictionalized versions of themselves.

So while an 140-minute dramedy in which “SNL” breakout Pete Davidson essentially plays Dete Pavidson might sound like a risky gamble for a major studio to release at the height of the summer movie season (such as it is this year), Apatow would sooner cast Ivanka Trump as Paul Rudd’s next wife than miss out on the chance to work on a semi-autobiographical origin story with a tabloid-famous 25-year-old stoner who once bragged on national television about how he still lives with his mom. It would be like the Safdie brothers passing up an offer to direct the Pizza Rat biopic, or Nicolas Cage saying no to literally anything that his agent sends him. If Pete Davidson didn’t exist, Judd Apatow would’ve had to invent him.

And yet “The King of Staten Island” isn’t quite as obvious as it sounds on paper (even if it’s occasionally also more so). Teetering between self-parody and something truly beautiful, Apatow’s latest offers yet another shaggy portrait of permanent adolescence, but this one — his best film since 2009’s “Funny People” — helps make sense of why he always keeps going back to the same archetype.

The Last Days of American Crime