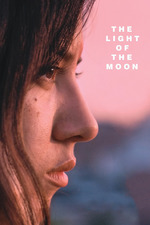 The Light of the Moon

“The Light of the Moon” is a lucid, clinical, and wholly necessary drama about life after rape, and the while the film is far more watchable than it might sound (thanks in large part to Stephanie Beatriz’s rich and involving lead performance), viewers should know what’s in store for them. At the same time, “trigger warning” doesn’t feel like the right term, or at least not a sufficient one. While it’s inevitable that writer-director Jessica M. Thompson’s exquisitely sensitive feature debut will stimulate the traumas that sexual assault survivors have experienced, that kind of seems like the point.

Beatriz — as human here as she is a puffed up caricature on “Brooklyn Nine-Nine” — stars as Bonnie, a Williamsburg architect who’s essentially living the Platonic ideal of millennial existence. She works a creative job in an open warehouse that’s located within biking distance of the spacious, book-filled loft she shares with her very affectionate boyfriend, Matt (“Cloverfield” casualty Michael Stahl-David). She has clear glasses, a gay best friend (Conrad Ricamora) who loves Tina Turner and torturing himself, and all the personal agency of a woman in the 21st century.

The Man Who Invented Christmas