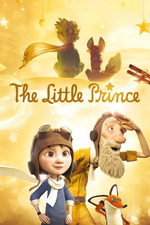 In the dedication of his immensely beloved 1943 novella, “The Little Prince,” author and aristocrat (and aviator) Antoine de Saint-Exupéry made a passing remark that succinctly captured the soul of his story: “All grown-ups were children first (but few of them remember it).” While the unique locations and landscapes of Saint Exupéry’s tale might seem to resist adaptation — this is, after all, a narrative that splits its time between the Sahara Desert and a galaxy of tiny asteroids suspended in the stars — there’s a good reason why it’s been reimagined as everything from an opera, to a ballet, a stage play, an anime, a pop-up book, a graphic novel, a television series and a rather terrible live-action film by “Singin’ in the Rain” director Stanley Donen. Despite a multitude of logistical hurdles, the fundamental essence of “The Little Prince” is so pure that the narrative has proven capable of surviving any kind of transformation so long as that kernel of truth remains intact.