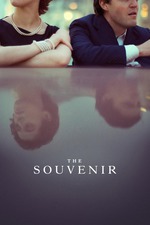 There isn’t much of a story in Joanna Hogg’s heartfelt and searingly honest “The Souvenir” — the British filmmaker, somehow a breakthrough talent for the last 30 years, has always been less interested in plot than condition — and so this romantic drama about a young woman’s doomed first love might just as well be summarized by a poem from the late Mary Oliver:

“Someone I loved once gave me
a box full of darkness.

It took me years to understand
that this, too, was a gift.”

Set in the early 1980s, shot with the gauzy harshness of “Phantom Thread,” and named after an 18th century rococo painting by Jean-Honoré Fragonard, “The Souvenir” finds Hogg reaching into her own past in order to reclaim it as a present; it’s a somewhat disguised self-portrait that’s sketched with almost four decades of distance between its artist and her canvas, the time between then and now allowing Hogg to better appreciate how the lovesick girl we see on screen grew up to be the lauded filmmaker we feel behind the camera.

That seems to have been one hell of a journey. Then again, becoming who you are is one of the hardest things we ever have to do, and none of us are guaranteed to get there in the end. Equal parts reverie and requiem, “The Souvenir” reveals itself to be a diorama-esque dissection of that volatile time in your life when every molecule feels like it’s restlessly vibrating in place, and even a brief encounter with another person has the power to rearrange your basic chemistry; when you’re so desperate to become yourself that you’ll happily believe in anyone else you happen to find along the way.