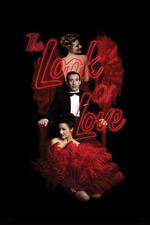 The Look of Love

Michael Winterbottom isn't afraid to push the boundaries on what content his films portray. This is the guy after all who gave us the most explicit film ever to get a mainstream cinema release in the UK (9 Songs, which was fairly awful porn) so a movie biopic about the king of UK porn was always going to titillate some viewers. Starring Steve Coogan as the infamous Paul Raymond, this is a straightforward look at the hedonistic lifestyle of a larger-than-life character.
Paul Raymond brought soft-porn to the masses. Men Only, Escort, and Mayfair were the scuddy-mags that helped make Raymond the richest man in Britain, but he was a complex guy who loved sex, loved women, and unfortunately let his lifestyle wreck his own daughter's life. Coogan gives a mesmerizing performance as Raymond, shagging everything in sight and living a decadent life of debauchery. Showing the swinging sixties in all its tits and ass glory, it gives an accurate account of Raymond's rise as a club owner who bought half of Soho during his reign as the King Of Soho. His daughter however was his one true love. He showered her with opportunities but also let her run riot in her private life. Imogen Poots plays daughter Debbie here, impressively, and with fine support from Chris Addison, Anna Friel, and Tamsin Egerton as the main characters in Raymond's life, this still seems like a film that only skims the surface of the real Paul Raymond. Still an enjoyable journey, and if you're a Coogan fan you'll love it.