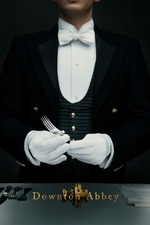 I'M A FAN OF THE SHOW, good, have we got that out of the way, alright then. So I might be a little bias about this film, but that's ok I'm sure it's warranted this once.

So that being said

I thought this film was wonderful

You see, I found it hard to justify, essentially going to the cinema to watch a 2 hour episode of Downton Abbey, but only after it was over, I realized, that Downton Abbey always had a cinematic quality about it and the cinematography was just JAW DROPPING GORGEOUS. Well done Ben Smithard, every shot of the Abbey blew me away.

The Acting is fantastic, the actors all play there characters with a layer of complexity, as well as really honing in on what makes there character so special. It was wonderful to see how far all the characters have come and to be reminded of that was just fabulous.

Well directed by Micheal Engler, well written by Julian Fellows, he knew what we wanted to see and, he was very smart, I thought I wanted it to be much more dark and deep, but really, I just wanted a conclusive ending.

Overall, an excellent film and was actually worth my trip to the cinema