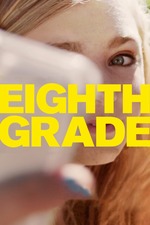 i’ve said it for years: loneliness is underrated. showing it on screen is really tricky territory, it’s either too dull or too dark. and in almost every coming of age film, the protagonist has a best friend, or even a big group of them, close knit and finishing each other’s sentences. but what about all the kids who didn’t have that? the ones that try for years just to make a connection, who can’t help but obsess about it. why don’t people like me? am i not trying hard enough? what could i say? what could i do? a lot of the time it isn’t anyone’s fault at all. it’s just how things are right now

this is such an eye opening experience in such a specific way. simplistically and stylistically interesting and yet leaves a lot of room to explore deeper if seen by the right person: the future and how we long for it, long to be different and better forms of ourselves. it’s a natural human feeling that we carry with us always. caught in between the past and the present, and trying to be someone that will take years to become

and visually this KILLS me, the camerawork is so effortlessly cool. so much of it is so satisfyingly pieced together. bo makes it look easy. kayla’s journey is awkward, but the film’s style is anything but. there is still one scene that really bothers me (you know the scene), and i can’t personally enjoy or fully understand it’s inclusion in the film, but i decided against writing up a few paragraphs arguing it: it feels unnecessary to me, but they tried to handle the subject carefully so i’m gonna try to let it go. for now

the real reason i love this film is that it’s a voice for the unheard. there were a lot of days in middle school that i barely spoke to anyone, and no one spoke to me either: that’s just the way it was for me then. and this reminded me that i got through it. and thank god for that