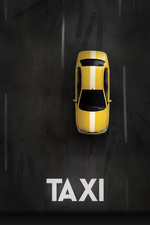 Jafar Panahi’s Tehran Taxi is an astonishing and heart-warming film, made particularly special after learning of Panahi’s international reputation as a director banned from making films by his country. Its documentary-like style contextualises Panahi’s desire to showcase a reality in a cinematic space, the very act restricted by the censorship imposed upon Iranian cinema. While it commentates on critical political discourse, Panahi’s secretly-made illegal venture is funny, surprisingly light-hearted and exceptional.

The opening take of the film sets the tone of Tehran Taxi – and offers a glimpse of Tehran through the windscreen of a taxi. It is a patient take, of people crossing the road, activities on the side of the streets – the normal hustle and bustle of a city. Through a camera on his dashboard, which he disguises as a ‘surveillance camera’, Panahi drives a taxi through the city, picking up passengers on the way.

Of these passengers, is a bootlegger of American films claiming he sold Once Upon a Time in Anatolia to Panahi himself, an injured man with his wife, a pair of women who obsess over the spirituality of releasing their fish into a lake, and Panahi’s own niece, who is attempting to craft her own short film for class. Some of these characters seem as absurdist as they sound, but Panahi presents them as part of the optimistic spirit of the city of Tehran. The role of Panahi’s niece is especially intriguing – she is instructed to make a film which avoids 'sordid realism', listing a set of rules, which must be followed – censorship rules which have limited Panahi’s freedoms as a film-maker. The alternation between his niece’s shaky camera, to his more-steady yet still amateur taxi dashboard camera, makes intellectual insights on the effects of censorship upon the fabrication of real-life situations.

Tehran Taxi’s verge on documentary realism offers commentary on the way Iranian cinema limits authentic representation. Even when lines are blurred between fiction and reality, the film is soaked in authenticity, which makes Panahi’s effort both touchingly entertaining, and hopeful for a time when he will be able to make films and travel the world freely.