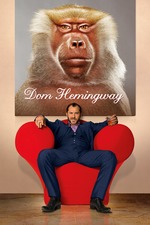 What can I say? It became clear pretty quickly that this isn't a movie for me.
Yeah sure, some of the dialogues are funny, but most of the movie is just boring and even annoying. The characters are made to be unsympathic idiots, but that doesn't mean that I have to like that fact.
It's ironic that Jude Law's great performance as such an asshole is on the one hand a great thing, on the other hand, thanks to that performance, his character becomes completely unlikeable and that is what essentially ruined the film for me.

So, I'm basically just giving these two stars for my appreciation for Jude Law and his performance and the few scenes that I found funny.