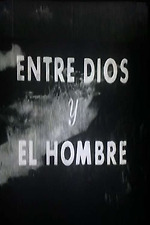 How come this film is rarely mentioned in PR's cinema? That ending! It's a shame Rolando Barrera's other films got lost in two occasions: 1) his sons, playing firemen, accidently burned down their grandma's wooden house where he kept negatives and other works and 2) during a depression, he got rid of all his work. Definitely would've loved to see his other films.

Also, I was probably distracted by that guy's unibrow more than I should have been.