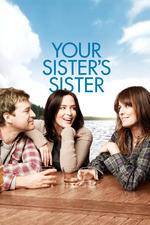 Easy to want to compare this one to Lynn Shelton's earlier film Humpday, which also stars Mark Duplass. Here, the acting is on a higher level, the characters are more likable, the story is more compact physically and emotionally, and the cinematography is much stronger.

With that out of the way, I can simply say that I found this one to be a terrific little character piece from three superb actors. This kind of introverted, self-analyzing talkfest will not be to everyone's taste. I have gotten used to the style, though, after watching a few of these mumblecore pictures. I like it.

It was interesting watching a picture that was all character "substance" and very little "style -- and then immediately switching to Moonrise Kingdom, which is all style and not much substance. Fun contrast.