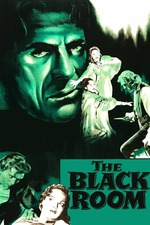 A Berghmann family prophecy states that a younger brother shall kill an older brother in their castle's Black Room, so upon the birth of twins Gregor and Anton, officials come up with the ingenious solution of simply sealing the Black Room. Except the servants know all about a secret entrance, but, hey, it was an idea. Years later, younger-by-a-minute Anton, having a deformed right arm, leaves the business of baroning to Gregor and heads off for a worldly (or at least European) education. Gregor, it turns out, is a horrible baron who rapes and kills the local wives for fun, which doesn't leave their husbands happy at all. In fact, they all feel pretty openly murdery about it. Gregor calls for Anton to return home after concocting a plan to leave the castle and the position of baron to him, but not before leading him into the Black Room to defy the prophecy and take his identity. As Anton, he can please the populace and woo the lovely Thea, who strongly resists Gregor and his total lack of charm. It's a brilliantly evil plan - all he has to do is stop using his right arm and get rid of the damn dog. Simple, right?

As a thriller, it's predictable and lacks any real mystery. But it has great production design, some genuine moments of suspense, and an ending that, while incredibly contrived and visible from miles away, is just cute enough to work. Karloff's performance as twins is by itself worth the price of admission. And there's a hero dog! Who doesn't like that?