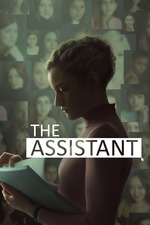 (This is a follow-up of sorts to my DARK WATERS review, but only in covid-19 ways that probably won't date well.)

My wife scooped me up after DARK WATERS to take me over the bridge for my second and her first trip to the cinema. Once upon a time, this was our life; first as a reviewer for the Sunday Star-Times, then later for the now non-existent NZ Listener, multiple press screenings a week at 6.30 were standard. Our last film prior to lockdown was a press screening of Iannucci's DAVID COPPERFIELD. So even though tonight's destination wasn't part of our regular press-screening destination, wolfing down a meal at a restaurant and then heading to a 6.30 film with her was both the familiar resumption of an old ritual and a novel oddity.

The first theatre in Auckland to announce it was re-opening was The Bridgeway, on Auckland's North Shore. A more risk-averse cinephile than me promptly noted, "of course the most entitled cinemagoing audience opens first". Said clientele, generally: older, more affluent, and impossibly, even whiter than your standard arthouse audience. Said entitlement generally demonstrates itself in a maddening inability to differentiate between behaviour appropriate to a cinema and behaviour appropriate to your living room, where chatty asides won't distract other viewers. The guy cleaning the cinema when I came in said it was the number-one grossing cinema in the country last weekend. I did not fact-check this before I came in, but I'm not surprised.

I rarely make it a point to go to the Bridgeway, not only for those reasons but because it's not especially convenient and its programming rarely appeals. Trailers for LOVE SARAH (the Celia Imrie opens a cupcake store movie) and ALL AT SEA (the wacky Brian Cox crashes a funeral movie) reminded me of the typical Bridgeway fare. But I was very curious about THE ASSISTANT (which literally materialised yesterday; I believe the owner of the Bridgeway also owns Rialto Distribution, and it's one of their titles IIRC), as I greatly admired Kitty Green's CHASING JONBENET, and I miss having dinner and a movie with my wife, so off we went.

A word about the experience before delving into the film: no plexiglass, no markers on the floor. There's a sign-in sheet, again; they haven't taken up the government sign-in contact tracing app yet, either. A sign on the counter said "we're smiling behind our masks!", but no one was wearing masks. Their seating plan is to only sell non-adjacent assigned seating, but if you're in the same bubble you can cluster. Unlike the Academy, the Bridgeway main cinema (1) has aisles on either side, and there's a bit more room in the lobby. If you're not working during the day, the sign-in sheet indicated only about twenty people had been there all day, so you're probably pretty safe, although the crowds got slightly bigger after we bought our tickets. There were probably twenty people in the cinema, all up.

Our Current Situation means that suddenly weird movies are being thrust in front of larger audiences that may not be ready for them. BAIT, which I adore, also landed at the Bridgeway simultaneously, and I can't imagine their audience being much more receptive than they were to THE ASSISTANT. Most of them sat in back and we sat near the front, and decades of drumming mean a loss of high-end hearing, but the sibilance of one group's chatter in particular drove my wife nuts, despite being several rows away. Ben Goldacre on Twitter recently said that our lockdown has made people more themselves, and I think there's something to that; certainly, the novelty of being at a movie didn't cause them to revert to previous habits.

Anyway, THE ASSISTANT has been pretty divisive, both among audiences I expected and audiences I didn't. If I wanted a test case for Aristotelian unities after DARK WATERS, this is nearly perfect, as we follow our titular assistant (Julia Garner, unknown to me from my wife's beloved Ozark) through a both typical and less-than-typical day as she works for her big producer boss (implicitly Weinstein, though I'm thankfully oblivious about enough of the specifics to know just how close it hews), threads her way through micro and macro aggressions, and tries to determine just what level of complicity she should tolerate in the abuse that she sees unfolding.

Those expecting a fist-pumping #MeToo tale of justice here will be wildly disappointed. From early on, Green foregrounds ritual and routine (from the assemblage of script pages to cleaning desks) while withholding score and dispensing with more traditional story development. More surprising to me are the critiques that place Jane as nothing but a Balthazarian figure of suffering, reactions that caused some cinephiles I know and trust to bail before it even reached its apex (which I will refer to "the scene with Matthew Macfadyen", aka Tom from SUCCESSION, aka the dude that's getting Skandies points for Best Supporting Actor should those happen this year).

And yeah, it *is* about that stuff, but it's about a lot more. During the lockdown, there's been a lot of chat about "invisible work", and how the duties of homemaking have become foreground or how "essential services" have long been ignored. THE ASSISTANT, for me, is both about the invisible work in running a Miramax-esque studio and in running support for a man who sexually abuses women. The central motivating question, then, is Jane's complicity as she enters an entrenched system, and the complicity of those around her as she realises precisely what her role in this system is.

Green's name-dropped JEANNE DIELMAN in talking about this film, which is painting a giant target on one's back, and she's not Akerman yet; there's a tension here between finding poetry in the mundane and just looking kind of bland which isn't always satisfying, although I did enjoy her constant positioning of Garner low in the frame. I also wish Green dramatised even a minor opportunity to showcase Jane's intelligence; we only learn in a late-breaking scene of her academic bona-fides, and Garner's internalised performance, while ringing true, makes it far too difficult to calibrate our understanding of our character early on. (Her Froot-Loops and cute colourful mug also denote a certain childishness that feels, perhaps, overstated.)

But these are relatively minor qualms. I'm grateful I saw THE ASSISTANT in the cinema, because even though it's not as ostentatiously cinematic as some of the photography in DARK WATERS, and arguably could have been as effective at a shorter length, the investment I gained by being in an environment where I couldn't be distracted was well worth it. There's a moment near the end where Garner considers whether to voice her concern to a female colleague, then chooses against it, in a moment that I might well have missed at home. Films that demand attention without commanding them via ostentation are hard sells, and I could tell by the end of the film (which had some derisive laughs) that my "arthouse audience" wasn't buying it.

But I bought it. And I encourage Aucklanders who are feeling bold enough to venture to the cinema to check out THE ASSISTANT at the Academy next week. And leave the Bridgeway alone, unless you want to watch Celia Imrie help people get over grief by opening a cupcake store, complete with audience commentary! That may be the cinema experience some people want back, but it sure as shit ain't what I'm going to fight for.