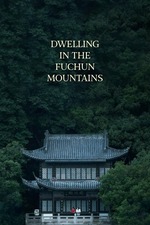 Facing the river. A mix between the cinema of Hsiao-Hsien and that of Yang, only here less concerned with drama and filmic structure and more with inspired pictorialism and observational exploration, sustained by a good eye for composition and remarkable technical feats. Its multiple characters dwell over the film’s narrative such as the boats over the Fuchun river, lost in a city in constant construction. I particularly love the moments when this just takes a step back from the narrative to observe some people eating in their boats, walking aimlessly amid the trees in the backstreets of the city, or when one takes a dive in the river after a conversation with one’s girlfriend and consolidates their love with a conversation at the end of the path. The fact that this is the first part of a trilogy seems so apt, the film just floats between all these intrigues and storylines that seem to stay on the background of the actual film, a small part of an ever-expansive canvas that just keeps growing and living and loving and meeting and being.