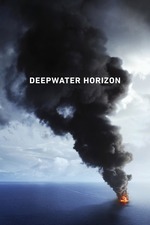 Not the best film of 2016, but certainly the most surprising one in that, you know, it's actually really good.

Going into a film like this with your thinking cap on is a mistake and in this case it's no different. Deepwater Horizon is as straightforward as it gets. It presents a fictionalised reality we have gotten to know so well by now. No real characters, but relatable stereotypes that behave exactly how you expect them to. Plot- and characterwise it never leaves 'been there, done that' territory.

The thing is, however, that as cliché as most of this is, it is an empathic cliché. By building up the entire first hour like a comfortably spread bed, the inevitability of what is going to happen turns into something lurking in the background, allowing us to focus on the characters, their rather well-written banter and the obvious fun the actors were having with what they were doing.

And then the shit hits the fan. And boy does it hit hard.

I rarely regret not seeing a film in the theatre, but this film's final hour deserved one. Berg abandons his often shaky and hard to follow style of directing action and takes us from one harrowing situation to the next, echoing the best disaster movies along the way but all the while remaining brutal and relentless. That final hour whizzes by and is perhaps one of the finest lengthy action sequences of recent times.

With a cast as fine as this and a director shrugging his weaknesses, Deepwater Horizon holds his own among the finest disaster movies out there.