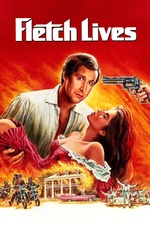 Even though it is a complete repetition of moves made in the first film it still is so much fun.

Chase once again carries the film and is surrounded by an absolutely fantastic supporting cast. Where the comedy is equally successful as its predecessor, where it lags behind is in the plot. It is a bit too straightforward and uninspired to really leave a mark.

It is still surprisingly entertaining making this series a relic from the eighties well worth checking out.