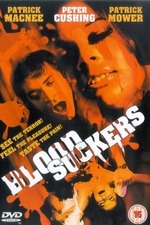 At the same time hardly watchable and something close to a masterpiece... a Lommel no-budget vampire film that feels like a bizarro Harmony Korine project not at all interested in conventional notions of hipness. A psychedelic young adult offshoot of the no future subculture 90s, sex without desire, drugs without a lasting high, everyone´s lowkey depressed but too far gone to have any chance of rejoining the mainstream. The no-name cast is once again great. Michelle Bonfils is like someone out of a gothic Amy Heckerling film, and Lommel miraculously dug up Samantha Scully, the lead from Hellman`s SILENT NIGHT, DEADLY NIGHT 3. As he did in STRANGERS IN PARADISE, the director himself plays, with detached deadpan-sexiness, a masters-of-ceremony-type figure.