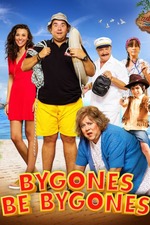 Another wonderful Algül / Demirer film, one of the best, in fact, because it´s more about love than about scheming, this time and also because it features a broad, but nicely calibrated cross-dressing performance, a rare thing today. Türkay´s Aslı may be more a concept than a real person, but that makes sense, too, because this way she can be the perfect foil for the spectacle of Demirer "being in love" - for him, love is an inhibitor (another one), and also a potential gateway to a trance-like state of pure feeling. Love as a self-technique.

As much as this is a Demirer show (the best punchlines are almost always close-ups of his face, without any dialogue), this is also, like all of his films, about community, about a society en miniature, depicted with a benevolent sense of caricature and without a hint of narrative overdetermination. The people around Demirer are not "supporting charakters". They exist for their own sake.

Some people will confuse the relaxedness and looseness of the film with laziness, but I don´t care. It´s a film that handles the world tenderly, that´s enough for me.