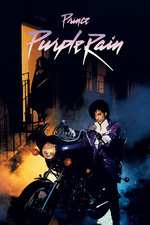 First Avenue, the Minneapolis music venue, marks 50 years in existence this year. It is absolutely one of the world's most special places to see music, and I am sadly marking the days since January 25th 2020, the last time I was able to be there in person. Purple Rain was shot there over a couple nights of concerts (all the stage stuff and club scenes, but oddly not backstage - backstage at First Avenue is tiny). Prince's whole career made Minnesotans very proud by proxy, but we are especially attached to this era. First Avenue celebrated its birthday in isolation, and dozens of radio stations here played Purple Rain (the single) simultaneously.

I decided to rewatch this film for the first time in over a decade. I didn't remember a lot about it, and I even checked Common Sense to see if I could invite my 10 year old. (It was a judgment call, but I did.)

It's a better film than people say. The direction is competent, it's not poorly written, and if nothing else it's an evocative snapshot of early 80's culture. The rest of the cast is, let's say, not stocked with actors, but Prince capably pulls off what little the script asks of him, anyway. At the same time, the real treat is his on-stage performance, which really does outshine the rest of the runtime.