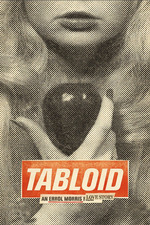 Well this is quite a treat.

I've been trying to find this film in something nicer than DVD (the Blu-Ray you can find on Amazon is a Dutch import) and had sort of given up.

But then I signed up for Criterion Channel's trial on a bit of a whim, and they're doing an Errol Morris "collection". Criterion is a little understated about their specific streaming quality, but I trust them not to mess around, and it's generally been plenty good.

This looks great, of course, and like any Morris documentary, it lives and dies by the stories he digs up and the people who are willing to tell them. At the center is a woman who was a tabloid sensation about 40 years ago - what happened, how she dealt with it, and the people around her and their reaction.

I can imagine people being frustrated by the lack of a position or perspective in this piece, but Morris has sort of always just let it play itself out on camera. As it is, it's delightfully ambiguous, with a woman who's obviously a little foggy on the details speaking with absolute confidence on things that could not possibly have happened. And, with Morris's techniques, you're sort of just locked in a room with her. I've met people like this, and this film seriously gave me the same kind of creeps. (I guess it's more "exhaustion" than anything else.) But who are you going to believe - her? Or the literal tabloids? (Or the people who weren't willing to talk for the film? Or the actual Mormon church?)