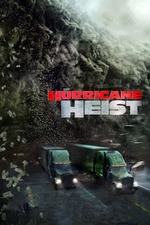 Rob Cohen's ability to make action big and loud and fun really shines through here. He manages to land some superb visual punchlines and keeps the story churning while allowing small breaks to have characters do menial things like go to the bathroom or eat a sandwich. Those breaks from action movie formula appear to be Cohen winking at the audience, but they are done so in a not obvious and not insulting way (which is the way more people should play that trick tbh). These small character moments also endear the heroes. There is nothing larger than life about Casey or Will (except for Will's car maybe), they feel grounded and alive like few action movie characters ever do.

I have gripes with some of Cohen's rougher edges and some of the plotting is a little convoluted (in particular the set up for the final chase where one character is kept alive by the bad guys. They never really explain why they let that person live.) but I can forgive a lot if a movie really lets me forget. More action movies should embrace the absurdity of a character driving an overly large and tricked out vehicle that resembles a tank.