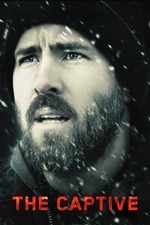 Hit "play" on this solely because I had seen a number of Atom Egoyan's movies in the past, and was particularly moved by The Sweet Hereafter. I don't know how this seemed to the general public in 2014, but today it looks disturbingly prescient, considering what we now know about how wealthy monsters like Jeffrey Epstein (and his friends in high places) conducted their crimes.

Revolting subject matter aside, as for how effective it as a thriller film: its nonlinear structure is more confounding than illuminating (especially considering that it's somehow always winter), and it crudely severs a number of dangling plot threads (particularly the titular captive's attempts to leave clues to her whereabouts) to come to an abrupt "happy" ending that feels inappropriate to the subject of child abduction and abuse.