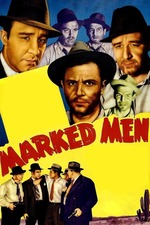 After being forced to break out of prison, Bill Carver (Warren Hull) knows that he would never convince police of his innocence in the matter and decides to hit the road. While sleeping in the desert one evening, he befriends a wounded dog and ends up in Tempe doing odd jobs for a doctor. Carver (who landed in jail after being conned into driving what turned out to be a getaway car) falls for his employer's pretty daughter (Isabel Jewell) and is well on his way to becoming a respected citizen before an act of heroism has unexpected complications.

Directed by PRC quickie king Sam Newfield, this has a somewhat more involved plot than the company's usual three reelers and sports actual location photography in Arizona, instead of some back lot. The event that puts Act III into motion is pretty hard to swallow, but this is perfectly watchable, lightweight entertainment to finish off an evening. The print viewed bore the TV title, DESERT ESCAPE.