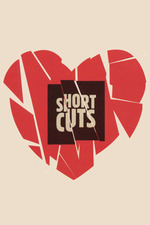 It is only after the end of this 188 minute ambitious adventure in form, narration and character development that Robert Altman’s film starts its life in the viewer’s mind, once it ends you won’t be able to resist it, its characters will continue to live in your mind, the events will keep happening, the past, present and future will become one and then you’ll realize that you've witnessed one of the greatest films of your life. Short Cuts is an unbelievable achievement, it is not just a great adaptation, it is a film that uses the endless abilities of a visual medium called cinema to actually improve and enhance the powers of a literary work and in the process of adaptation it triumphantly adds an exclusively fresh and unique dimension to the works of Raymond Carver.

Short Cuts is all about balance. Altman masterfully moves back and forth between various characters and various dramatic situation without losing the balance of the film or losing his concentration,the idea of putting so many characters at the center of a movie and telling the interconnected story of their lives is an ambitious one which could have led to a dysfunctional result in the hands of an average director but Altman’s determination and skill saves the film, Short Cuts’ ability in moving between 22 characters and numerous occasions without putting a foot wrong is really praiseworthy.

Altman’s film moves on the fine line between tragedy and comedy, it never becomes a pure comic film or a pure tragic one, sometimes it’s looking to the dark side and sometimes it’s looking at the more funnier side of events but it always stays at one place which means in every scene we have a mixture of fun and depression, everything is funny and miserable at the same time and Altman never tries to impose his own feelings, the camera works like a person who is viewing all these events without making any judgments, it is only showing us what is happening, plain and simple. How we see those people and how we react to what they do and what they say all depends on ourselves.

The film is trying to capture the deep depression, sadness and unhappiness which are essential parts of all these characters’ lives, all of them are adults with problematic lives, almost all of them pretend that they are enjoying their lives and although they are aware that their lives are far from being normal but all of them keep doing the same things over and over, as if they are waiting for some kind of miracle to change their lives. May be an earthquake can fix things.

With a first-rate ensemble cast who are giving some really amazing performances, a top-notch direction from one of the most talented directors in the history of cinema and an astonishingly ambitious and innovative plot which makes sure that no stone is left unturned in the department of writing and character development Short Cuts is not just one of the greatest films of 90s but also one of the most exciting and fascinating films ever made. A legendary motion picture.