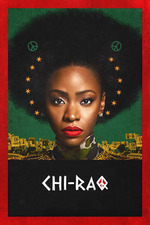 If anything, Spike Lee’s Lysistrata update as hip hop anti-violence musical is more focused than BlackKklansman; its tangents do all center around the same ideas even if some of them seem strictly intended to stretch out the runtime. The problem is unevenness of quality: when the film focuses on its musical and socially conscious elements, it’s often imaginative and moving and it just works. As a sex comedy, however, it absolutely doesn’t. Lee is never anything but an exciting, lively filmmaker but watching him work with subpar material is extremely uncomfortable, as his flailing only grows more desperate the further he sinks. (The D.B. Sweeney scenes are some of the most insipid shit I’ve ever seen, like something from a Pauly Shore movie.) It’s all very well-meaning and morally sound, but its air of goofiness is badly misjudged. I loved the Chi-Lites scene and John Cusack’s monologue, though. Unreasonably annoyed that Jackson’s closing speech took a distinctly ironic Stevie Wonder lyric and pretended it was meant straightforwardly. Gun control and universal health care now. I’m going to bed.