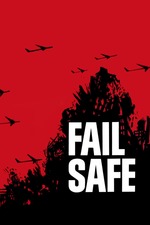 I don't typically "blind-buy" Blu-rays and DVDs but in a way, picking up Criterion's release of this film is as close as I get because I hadn't seen it in around twenty years, catching it on a cable channel in high school. But it completely lived up to my fond memory of a taut, intense pre-apocalyptic thriller that smartly built to a bleak, unorthodox climax. (It appears I must have joined the movie a few minutes in, because I had no memory of the strange opening matador sequence or Walter Matthau's decadent all-night cosmopolitan shindig.) I was aware then of the movie's relationship to Dr. Strangelove, but had likely only seen Kubrick's film once, so the uncanny and numerous plot similarities stood out to me much more on this second viewing now that I have Strangelove pretty much committed to memory. The comparison, for me, makes this film no less dramatic or effective; and as so often in his career, Sidney Lumet is able to overcome the limits of dialogue-driven cinema with so many striking closeups, compositions and editorial choices. The feeling of constant, overpowering heat and claustrophobia is even more distressing here than in 12 Angry Men. At any rate, I feel validated for having recommended this so many times over the years; it's a troubling but deeply enjoyable movie whose absorption in Cold War melodramatics really had an impact on me. I love the feel of these early '60s political thrillers, sometimes more than I like the actual films.

A lot of people are still annoyed about the ending on the internet. I... don't agree, and I think the film would become a lot less bold without its finale (which Lumet stages brilliantly, showing everything and nothing). It's outrageous and that's what makes narrative sense about it to me, but I'm not out to defend its rational realism or whatever so we'll leave it at that. But it is one of those arguments that underscores my lack of understanding of the narrative needs of other filmgoers, because for my part I just can't imagine sitting through the end of this and having my main takeaway be "aw, but that would never happen!"... which is fine, we're all different and the world is a cornucopia!!!!!!

Browsing Criterion's supplements I learned that, fascinatingly, the "war room" animations omnipresent throughout Fail-Safe were provided by John and Faith Hubley, whose Zelig-like connection to everything I enjoy continues to surprise. Apart from furthering the movie's credibility as a blacklist-breaker, it lends a nice bit of irony to the Strangelove competition, as Faith Hubley had been an early mentor and advocate of one Stanley Kubrick!