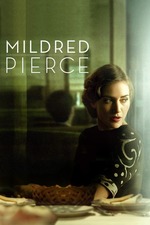 This miniseries (which also played film festivals), five and a half hours of Todd Haynes swimming around in James M. Cain's melodrama about a woman's fierce struggle to stay afloat during the Depression, lives up to its promise from an aesthetic standpoint as well as in its roster of, for the most part, first-rate performances, particularly by Kate Winslet in the lead. Haynes spends the first three episodes essentially setting mood and giving background; it's difficult to say whether the generous pacing really works, with the bulk of the story's decisive movement and action appearing afterward and the major payoff saved for the last twenty minutes. Stretching the tale to this length is handy for additional detail and a really sumptuous sense of immersion (Edward Lachman's 16mm cinematography is glorious, giving the interiors, characters, props the feel of something tactile you can actually reach, smell, even taste) but somewhat detrimental to the soapiness that might have lent this the thrills and perversions of Michael Curtiz's tougher, more violent film noir adaptation with Joan Crawford. Obviously Haynes' effort feels more lived-in, permits more complexity in the secondary characters, and captures time and place in a way that wasn't available to his predecessor; but who makes more of Cain as cinema? There's just no question. The flavor in Curtiz's work is simply incomparable to anything that probably could be made today, which isn't Haynes' fault, but his major failing is his inability to tell us anything new about villainous young Veda, who as performed by either Morgan Turner or Evan Rachel Wood is simply too limited a character to provide sufficient motive for Mildred's instability and misery, or to give charge to what should be the story's most elemental conflict. By dropping the noir elements and hewing to realism, Haynes creates something that feels textured enough to be real life, but every time he dips back into the Veda saga, the naturalism is corrupted -- although there's no denying that the film's most harrowing, imaginative moment is offered by the climax of her own story, when the film touches on a Sirk-like intensity and lurid darkness that, were we given more of it beyond that single scene, might well have better justified the overlength.

Sunrise: A Song of Two Humans