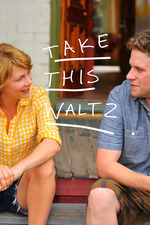 - The opening half hour suffers more than I remembered from awful dialogue, particularly the theme-telegraphing "connections" speech which is just as painfully reprised later in the film. I think generally the script's/film's weakness is the cutesy way Polley seems to think couples communicate, which registers as just an empty parade of various kinds of negging, though it does manifest very differently in the two men, both of whom strike me as cads.
- Numerous scenes after the first act are so heartfelt and despairing they're hard to watch. (For reasons I don't want to go into, this may not be a 100% objective opinion.)
- When she's not saddled with bad monologues, Michelle Williams' performance is remarkable -- whether by training or youth (I don't think it registered the first time how young her character is meant to be), she shrinks away from seemingly everything in a manner that's painfully felt.
- I already went on this rant before but, once and for all, despite the way this film's plot seems to be remembered by the scattered few who recall its existence in the first place, she's entirely correct to leave Seth Rogen -- he's an affable, earnest shitbag but still a shitbag, who belittles her on the rare occasion he pays attention to her at all. The idea that the movie is a chronicle of taking a leap and leaving comfort and regretting it is too simplistic; that she misses him doesn't necessarily mean he was any more right for her than Lusty McLust across the street, who's also a douche but has many shades more integrity and is far more interesting than the chicken guy. I still think Polley gives him the fuzzy end of the lollipop by silencing him after they finally consummate, thus registering him somehow as aloof, but on seeing the film again I believe it's much more ambiguous about how the new relationship pans out than I thought. I strongly felt that it should have ended with the same sad, tentative cutoff to the ride and the Buggles song and dejected, anticlimactic wandering off that we see earlier on -- but now I think it's a specific choice that it doesn't, and I think we leave Williams' character with more freedom than she had when the film opened. It's just that her emotions are complicated, which is frankly the sort of unsatisfying conclusion a movie like this should have and rarely does.
- Why hasn't Polley made a narrative film since this one?

Edit: It occurs to me that my issues with this are quite similar to my issues with Brief Encounter, so it seems quite possible that I have what they call "a problem"!!