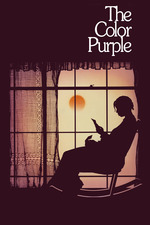 Apart from the fact that my local Regal inexplicably reframed it at 2.35, my wife and I had a lovely time seeing this beautiful film projected. It's striking how much Spielberg resists inserting himself into it, aside from just being a goddamn genius about where to put the camera and where to cut. (Plus the final shot is a clear rhyme with Duel and The Sugarland Express.) It also feels remarkably ageless. One reason I think it has retained so much power is that, while you can quarrel with its dismissal of the eroticism in Walker's novel (though I think some skeptics are forgetting how unambiguous it actually is on what happens between Celie and Shug -- the scene when Shug turns up married, leaving both Danny Glover and Whoopi Goldberg thoroughly cuckolded, has huge Being John Malkovich energy), it's among the very rare Hollywood films about black people in which there is no white savior or "good" white person. Even 12 Years a Slave has one. I know you could argue that Spielberg, filling out the resume with a prestige picture for the first time, is the film's white savior, but if you're going to take your cynicism that far, you're probably not going to subscribe to this film's emotional flourishes in the first place. I find them totally effective, and once again was fully swept up.

Amazing that Quincy Jones wrote all those songs, btw, they really feel like period-appropriate archival music to me.