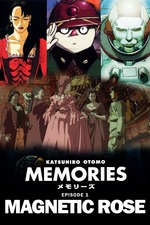 Case listened to the silence of the hall, punctuated by the soft clink of the candelabrum. Candles? Straylight was all wrong. He remembered Cath’s story of a castle with pools and lilies, and 3Jane’s mannered words recited musically by the head. A place grown in upon itself. Straylight smelled faintly musty, faintly perfumed, like a church. Where were the Tessier-Ashpools? He’d expected some clean hive of disciplined activity, but Molly had seen no one.

Contemporary cyberpunk is boring because it over stresses the mantra about high tech belying low life but doesn't seem that concerned with the inverse where low tech, or at least its appearance, belies a higher existence, the architectural past fraying away beneath mountains of obsolescing silicon refuse. Instead it's all just nostalgia for the 80s, which seems absurd for a genre that was birthed in the 80s and was sentimental about everything but itself and its decade.

Visually this, System Shock, Ghost in the Shell from the same year, Dark City and Serial Experiments Lain game and anime are probably cyberpunk's aesthetic zenith. Its nadir of course came last year with the release of Cyberpunk 2077, a game whose glitches ironically became the most cyberpunk thing about it, because glitch art is post-cyberpunk, and whose visual design represented a cosmopolitan flattening of the genre's tropes, especially compared to the same studios adaptations of novels based on its country's folklore.

Koji Morimoto should have directed more features like this. The writing is about as on the nose as you might expect from Kon ("This is all just her memories!"), but that doesn't change the fact that nothing else since has done as much to explore what should be an innate connection between high technology and high architecture. Unfortunately the System Shock remake looks far less like this than the originals did, falling for the same lame neon synthwave schtick that overwhelmed 2049.

Like every anime omnibus movie everyone will only enjoy a third of Memories but Cannon Fodder also looks nice.