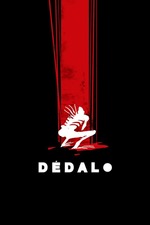 Dédalo is a sci-fi horror short out of Portugal. It leans pretty heavily on alien horror, which is something I tend to enjoy.

The set, props, and lighting are well done, especially for a short, which adds a ton to the enjoyability of the film. Some of the gore and the alien suit itself are a little lacking, but it's not so bad that it completely breaks the tension.

The main character's acting is fine, and the emotions on her face really sell the story. The movements of the alien, on the other hand? Well, they're pretty cheesy.

With a tension-filled short like this, the slightest bit of cheese basically erases the tension, which means the alien's movements, especially immediately after the climax, drain the entire short of it's sticking power, rendering the ending fairly neutral instead of the emotions the director is attempting to get across.

That being said, most of the execution and the idea itself of a man-eating yet still man-like alien hunting the only remaining crew member of a space ship are both solid, and if you've got ten minutes, you could certainly do worse than Dédalo.