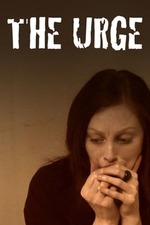 The Urge is a psychological horror film that isolates the feeling of addiction and gives it some horrible consequences.

Gillian MacGregor plays the office worker who is psychologically tormented by her addiction, her urge, to her cigarettes. The entire six minutes of the film show the rising struggle she has to keep her urges under control.

Sometimes, as witnessed in the film, those urges take on a mind of their own and leave some dastardly consequences.

It's definitely unique, but as it stands, The Urge leaves me unsatisfied, wanting a little more.