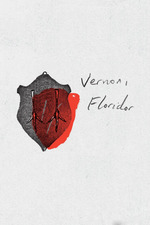 Short, sweet, hilarious, and with absolutely no coherent point. I'm not sure you could make up such a cast of characters that so well illustrate their town of Vernon, Florida.

This is a mesmerizing portrait of some of the strangest people I've ever seen on film, such as the man that imagines a future where every race has their own planet.

Again I'd like to reiterate that these characters are so great, so worth watching, and so interesting, that they are the kind of characters that I am not certain great actors could even bring us.

I say you should see this documentary as soon as you can. It's not a long film and it is unexpectedly great from moment to moment and progressively, somehow, gets better as the movie moves along.