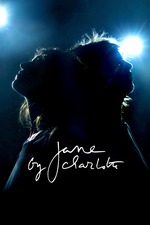 In this free-form, musical-feeling, lyrical (and very French 🇫🇷) documentary, Charlotte Gainsbourg aims to understand her mother on a more intimate level, while learning things about herself, why she’s the way she is, and how her own daughter Jo looks at her as a mother.

In their first conversation with the camera rolling, Charlotte starts with an observation that she’s unsure if Jane reciprocates: that there’s an inherent shyness between the two of them, ever since Charlotte was a young girl. Jane confesses that Charlotte intimidated her; there’s a spark in her that perhaps reminded Jane of herself. Maybe in the ‘shyness’ and avoidance of each other in these fundamental years, both women were able to become the artists they ended up becoming.

Through stylish, and sometimes raw, interviews and slice-of-life moments with the camera rolling, we basically are flies on the wall for these therapeutic and cathartic conversations between mother-and-daughter. Jane explains the contrasts between Charlotte and her sisters; Jane reminisces on the fun creative streaks she’s had in her life; Jane looks in mirrors and sees herself physically now, but also remembers her days of “beauty”; Jane tragically and sadly remembers moments that she’s unable to change, especially as she grapples with the idea of death, and the impending reality of it. Their musings are often insightful, and however specific or self-indulgent it might be at times, there are a lot of pearls of wisdom to extract from the two women prominently featured in this film.

Admittedly, I’m not the biggest connoisseur of Jane Birkin or Charlotte Gainsbourg, but I’m familiar with some of Jane’s acting, Serge Gainsbourg’s music, and Charlotte’s miscellaneous artistic endeavors. I’m glad to have watched this and now can’t wait to dive into more of their respective works.

But honestly, I ended up at this screening because Dune was fully sold out at NYFF and I still wanted to watch something. Maybe the one thing this film had going against it was that it was second-fiddle to Dune which was just playing down-the-street to a raucous crowd & with Denis Villenueve and Hans Zimmer in attendance for a Q&A. You win some and lose some as a volunteer, but I’m not really that bummed since Dune comes out soon in the U.S. and I’ve had such a stellar, priceless Festival experience so far. We’re almost at the end, but there’s still more experiences to be had!