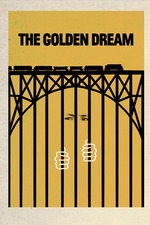 Diego Quemada-Díez has always worked as a camera assistant or operator in a number of famous Hollywood productions, some of them including 21 Grams (2003), Man on Fire (2004) and The Constant Gardener (2005). It is time, however, for the Spain-born camera guy to direct his first feature, and his directorial effort just resulted to be a better movie than most of the ones he has participated in only capturing the moments.

If there is a continent that has filled its immigration-based quota of films, it is Latin America, especially during the last 30 years. Countries like Argentina, Mexico, Colombia and now Guatemala have provided a decent amount of real life testaments depicting the harrowing realities of crossing a national border. Probably the one standing out today is still Gregory Nava's El Norte (1983), a film shot in Mexico that even received a Criterion Collection release. However, this one is not far behind.

The three films mentioned in the opening could give you an idea of the amount of realism that the film carries. That expectation is exactly fulfilled as imagined, and then more... The whole realistic minimalism is so absorbing that any tragic outcome is felt as something more naturally portrayed that melodramatically manipulated. There is no need to be blatantly cruel towards the characters with extreme graphic representations, because the whole struggle seems irresistibly human, and any loss is perceived as unavoidable outcomes impossible not to be moved by.

The greatest sign of respect that Diego shows is loyalty towards the real-life situations, leaving them untouched by clichés or melodrama. Thanks to this, the film feels like an authentic, empathetic wake-up call not only for the members of the respective societies referenced here, but also to the authorities in charge of executing their own justice as if they were perfect jurors of the human condition. The movie moves from one event to the next, becoming a full collage of a decent percentage of the difficulties faced by those crossing an entire country in order to fulfill their idealized mental version of the American dream, which is itself a paradox.

Perhaps the film transforming itself into a road movie with light humor to provide relief feels out of context. Also, the protagonists manage to escape from a number of situations big enough to believe as an obvious vehicle to keep the engine running. However, in the end, we realize the meaning of this "golden cage". This irony is perhaps one of the most honest, but equally disturbing conclusions to digest in Latin American cinema of the last two decades.

Acclaimed at Cannes and other festivals in 2013, this film deserves attention, respect, and above all, empathy.