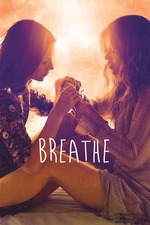 I feel like there have been at least a half dozen films released over the past year that are strongly connected to the darkest and most melancholic corners of my personal life.

Jesus christ, this was heavy.

It contains what is 1) probably the best NYE party scene I've ever watched in a movie (if you ever found fun.'s music to be actually fun, you certainly won't after watching Respire).

2) a few of the most unforgettable
tracking shots since the mid-80s.

Couldn't possibly recommend this film more highly,
especially if you're a fan of what I like to call "real cinema."
Respire is just so real.
But be prepared to feel like absolute shit afterward.

The Peculiar Predicament of Paul and Penelope