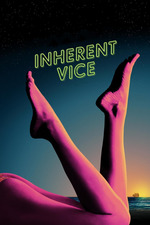 Without a doubt, the most hysterical movie of the year... Paul Thomas Anderson's funniest, most absurd film yet - to me, the most consistently hilarious film since A Serious Man (2009). His direction is top notch here; I think this film might be the most obvious display of his genius that I've seen yet (though There Will Be Blood is, and always will be, my favorite PTA film). Inherent Vice is probably the most immediate favorite though, because as you're watching it, there's no denying how fantastic and seemingly accurate of a psychedelic, chemical-fueled atmosphere it has, and there's no suppressing the laughter anytime an almost alien-esque Joaquin Phoenix opens his damn mouth. (I won't be surprised if at some point over the next decade, that man reveals he is not truly a human, haha.) Nonetheless, it's Josh Brolin that steals every single scene that he's in, delivering the goofiest and frankly one of the finest supporting performances I've seen in a long time; unfortunately he may not receive much recognition for his role here because of the ridiculousness and insanity of the content. The 35mm cinematography is absolutely, positively something to marvel over - that beautiful graininess which you know from the equally gorgeous The Master (even though that was shot in 70mm). This film will most likely be very divisive - unfortunately I'm pretty sure that it was sitting at a proposterous 40% on RT when I originally wrote this review - but I want to thank Pynchon and PTA, for creating/adapting an incredibly strange and absurdist trip into some sort of American parallel universe, a world as if you're staring into a reflection of the 1970s in a partially shattered, cocaine covered mirror.