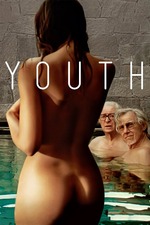 Paolo Sorrentino’s Youth has the rare power to force recollections of the past as well as anticipations of the future, all the while keeping its viewer completely grounded in the present, grounded in its stunning and symphonic display of human emotion. Indeed, Sorrentino pulls the rug out from under his audience on several occasions throughout the duration of the film’s runtime, dragging them downward into the depths of dejection only to raise them back up, just as quickly, into the heights of pure laughter and joy. Watching this film is like being trapped in a game of pinball, only Sorrentino is the game player and his audience is the ball that he’s whacking in every which direction without the slightest bit of hesitation. It is clear, however, that he is doing this out of love; if anything,Youth is undoubtedly the director’s most tender and heartfelt film yet. It also might be his most accessible.

Part of this accessibility can be attributed to Sorrentino’s decision, as a primarily Italian-language director, to direct the film in English (a feat which he attempted once prior with his overlooked 2011 output, This Must Be the Place). This immediately increases the number of people that will be interested in seeing it worldwide, for the simple and obvious reason that more people speak English internationally than Italian. Nonetheless, the chief reason why I believe a more mainstream audience will be drawn to this film is because of the big-name stars attached to the cast, including Michael Caine, Harvey Keitel, Rachel Weisz, Paul Dano and Jane Fonda in an unforgettable cameo performance.

Much like a few of the other films in competition at this year’s Cannes Film Festival, Youth is relatively light on plot and focuses more on conversations between characters, uprooted emotions and recounted memories than a concrete narrative. With that being said, the general storyline follows our protagonist, retired composer Fred Ballinger (Michael Caine), during his stay at a spa resort in the Alps with his daughter, Lena (Rachel Weisz), as well as his longtime best friend, illustrious film director Mick Boyle (Harvey Keitel).

I must say though, that while the cast does a wonderful job realizing their characters, the true star of the film is cinematographer Luca Bigazzi, who has worked on several of Sorrentino’s previous projects including the Academy Award winning, The Great Beauty. As he did with his work on the The Great Beauty, Bigazzi seems to channel an aesthetic similar to that of Emmanuel Lubezki’s collaborations with the legendary director, Terrence Malick. Both Bigazzi and Lubezki place great emphasis on the visual composition of each scene, capturing an immense degree of detail through the movement of their ever-gliding cameras.

One particularly memorable example of Bigazzi’s skill can be found early on in the film, during a dream sequence in which Ballinger is walking down a platform surrounded by a rising body of water as it slowly begins to engulf him. There are very few cinematographers that can place me smack-dab in the center of the world they are shooting like Bigazzi and Lubezki, which is why I’m always greatly anticipating their future projects (and very rarely, if ever, do they let down).

If there is one area in which Youth falters a bit, it is in its 118 minute runtime. Just under two hours generally isn’t a self-indulgent length for a film to be, but if Youth was tightened up a bit and few unnecessary scenes were removed from the second and third acts, it could have been a masterpiece. It’s the kind of film where the audience may be enthralled one minute and checking their wristwatches the next. Nevertheless, this is an issue which can be forgiven amongst the wonderful themes surrounding art, grief, creation, wisdom and familial relationships; a few excessive minutes doesn’t take away from the fact that Youth is an enjoyable film with a varied soundtrack, gorgeous locations, spectacular visuals and a deeply philosophical screenplay.