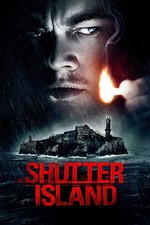 You know, this wasn’t a bad flick. It’s pretty long, longer than it should be - which isn’t always an issue with Scorsese, but I think it is every once in a blue moon - and it’s pretty predictable, but I thought it was pretty engaging and affective. I mean, damn, you really feel like you’re losing your mind when you’re in this movie, and I think the finale, while I wish it was a bit more interpretive, was pretty alright and a cool way to wrap all of this up, even if I had it spoiled for me in advance. Performances were great, Leo solidifies an archetype of a man on a mission who’s haunted by his dead wife with this and Inception, Mark Ruffalo pops up here welcomely (I wonder why Marty hasn’t reused him. He’s pretty fitting here and underused in general), and Ben Kingsley, Max Von Sydow and Michelle Williams all do a pretty nice job at all of their respective roles. No fucking clue when I’ll see it again, but for a one time watch, I thought it was pretty alright.