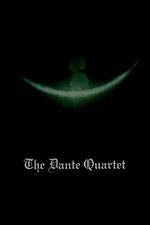 Ok, this is the closest to a Dog Star Man sequel we could get. It’s like a 6th movement, showcasing this world’s version of “hell.” And calling it the fucking Dante Quartet? Absolutely badass, man. It’s so devilish and intense, the scariest thing he made and one of the scariest films I’ve seen. How do I classify it? As a short? As a sequel, or revised cut? Damn I have to go watch the 23rd Psalm already. I think there is a “Stan Brakhage Cinematic Universe,” a “SBCU,” if you will. So I’ll call it that. Dog Star Man shows the world and birth of all things, and Dante Quartet shows the hell and underworld. And now that, that is some cool shit. What a wild filmmaker, man.