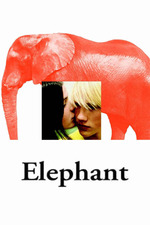 In Elephant Gus Van Sant reconstructs the massacre in a high school, partly inspired by the events that took place in Columbine, with a detailed, precise gaze, at times nearly documentary-like, and some narrative experiments. The director shows a mosaic of archetypical characters and their daily life prior to the unexpected tragedy; with distance, he limits himself to exposing the facts without giving explanations, delving into motivations or asking questions. Van Sant simply tries to capture reality in the purest possible way without attempting to rationalize something so complex and, as a result, demands a profound reflection on the nature of violence in contemporary societies that evidently goes further than simplistic visions associated with bullying, interest in fascism, or overexposure to violence in music, films and video games.