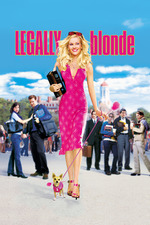 (1) 2001 saw the release of both Legally Blonde and Bridget Jones's Diary. Both films include a scene where the protagonist wears a sexy costume to what she thought would be a costume party, and, to her embarrassment, she's actually the ones in costume (well, she and two other people, in Bridget Jones). Coincidence?

(2) The actor who plays the pool guy is credited as Greg Serano. The name of Santino Fontana's character in the first two seasons of Crazy Ex Girlfriend is Greg Serrano. Coincidence??

(3) For a while, as a child, my brother thought that Tom Cruise and Luke Wilson were the same person. He even went so far as to try to persuade me that the man simply used both names. He would point at Luke Wilson's face whenever it briefly appeared in the trailer for the Mtv Movie Awards that year and he would point out that that man looked a lot like Tom Cruise. They both have big teeth and broad faces. Coincidence???