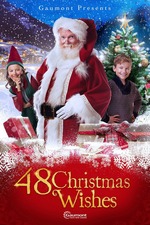 I didn't watch this film in its entirety, I was just seeing/hearing it while the kids watched and I did things around the house.
But that's more than enough to know that this was a TERRIBLE movie.
I know I should cut them some slack for being child actors, but the acting was just beyond bad!
It's like they just grabbed some kids off the street and said "here, read this and do that, no training required! "
and my god, the 'jokes' were just so damned awkward to listen too.

The only upside to this film in any way is that my kids liked it.