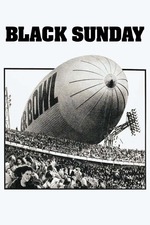 It's only fitting to watch a film about a terrorist group who wants to detonate a Goodyear blimp carrying a payload of C4 and nails over the Super Bowl on Super Bowl Sunday.

This is the good stuff.