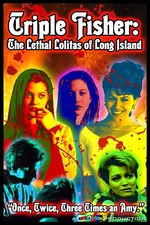 Weird! A mixtape of three made for TV films about the Amy Fisher story, where coincidentally each of these films are identical despite being produced by different TV networks.

What's this film like though? Imagine a night where all three networks played these films at the same time and you channel surfed back and forth.