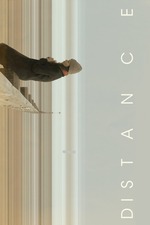 Filipino cinema, I've been told, is about escapism. It's about shiny, happy people holding hands, their various problems and conflicts no match for the love that they generate in the end. The most unrealistic thing about a lot of local films, though, isn't that people get happy endings. It's the fact that they talk about their problems. They get to deliver these perfect lines of dialogue that succinctly express the depth of their emotions. This is the real escape: imagining a world where we can formulate our drama into hugot lines, so that we are able to deal with our trauma in meaningful ways.

In real life, as in this movie, we are more likely to just sit in the awkward stew of time gone by, of hurt that goes unaddressed. Because as uncomfortable as it is to sit at a dinner table with someone who hurt you all those years ago, that feels like less of a risk than letting those feelings roll out. We let our displeasure be known in the silence. We sit in it, acknowledging the mutually assured destruction that can come from actually talking about the distance that exists between us. And it isn't really enough, but we pretend it is.

The movie feels like a wisp, but then it becomes something greater as the credits roll, and it acknowledges how localized this damage is, how they are other people in the world who don't give a shit about your drama. And that's pretty fucking great.