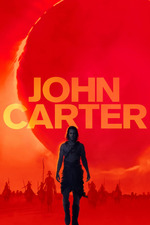 Another Pixar alum making his live-action feature debut, with similarly mixed results. Overall, kinda hokey, but fun. Willem Dafoe was kinda wasted, but Lynn Collins as the princess was fairly badass and pretty hubba hubba. The visual effects were ambitious, but seemed a little off — the feeling that hordes standing outside in the bright Martian sun were actually a bunch of guys jumping around on a well lit, air-conditioned soundstage. In the commentary track, Stanton talks about his hopes of turning this into a franchise, and I would have welcomed that. Alas, it seems as unlikely as me becoming Dotar Sojat of the Jeddak of the Tharks on Barsoom. (As silly as it sounds.)