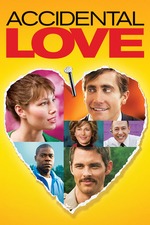 A mess, if not quite in the way one might expect. It quite resembles Schrader’s recent The Dying of the Light, like that film, this feels very rushed assembled together by some anonymous hack resulting in a film in which multiples scenes suggest the mood it is trying to go for, only the editing has no interest in sustain it just hitting the next plot point and cover the rush with some over generic score. Also like the Schrader film, it is very hard to imagine any version of this than isn’t quite minor Russell film (a lesser variation on Huckabees manic energy). Jessica Biel is a huge vacuum at the film’s center and her subdued performance comes up as truly weird given the film’s dramatic arc is predicted in her losing her inhibitions (her performance makes for a very odd pairing with Gyllenhall who is in full over the top screwball mode). The satire is mostly toothless, but Russell warm character work comes in at spots.