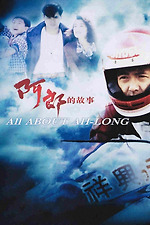 The ghost of Hong Kong diaspora pays a visit to single working dad Chow Yun Fat as his ex-girlfriend Sylvia Chang comes back from US with big money and dreams of whisky away their kid to her new affluent country. Written by the two co-stars, this is a very arresting melodrama, big emotions played up rather open, lots of personal history, lots of grand gestures in a plot that keeps moving its wheels at every new reel. Pretty much a film from late 80’s HK both in style and allegorical content. It is one of Johnnie To’s finest pre Milkyway works, helped immensely by its two leads and co-auteurs, Chow, in particular, gives one of his best performances, at same time very likable and low key while never martyring himself like other actors might've done. Much like The Big Heat this is an apocalyptical vision of Hong Kong uncertainty future at verge of handover: it’s melodrama is predicted at total destruction of emotional bonds and physical bodies.