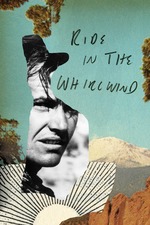 Ride in the Whirlwind

In a paranoid law and order society, you are the role you are assigned to play. Very slippery and sorrowful with such a perfect control of landscape and drama. It looks back to Boetticher's spare desperation, but gives it a cynical 60s upgrade which makes it even more than the more obvious modernist The Shooting, its position of an object d'art of its time and also complete out of any time. It is often treated as a footnote for its more famous companion piece, but because its surface feels closer to a standard western, I'd argue it is also the more radical one: from its steadfast refusal to payoff genre pleasures, to the sensibility of its ensemble acting, disposition to going in detours and sprawling cast, all doomed in a way or another, the very Hawksian mix of romanticism and resignment in face of death and many wonderful Hellman grace notes like the total throwaway close up of Stanton in the opening raid (to be match by a similar more dramatic explained one of Perkins near the end that reinforce how the characters mirror each other in the movie two half structure). And there's that final shot of Nicholson disappearing in the dust, just the perfect balance between resilience and mythmaking, one of the loveliest closers in all movies.